The Canadian Paralympic Committee (CPC) is a non-profit, private organization dedicated to strengthening the Paralympic Movement. Their mission is to lead the development of a sustainable Paralympic sport system in Canada that enables athletes to reach the podium at the Paralympic Games. By supporting Canadian high performance athletes with a disability and promoting their success, the Canadian Paralympic Committee inspires all Canadians with a disability to get involved in sport through programs delivered by its member organizations.

Although the Paralympic and Olympic Games are hosted back-to-back in the same city and official venues, the Paralympic movement remains less recognizable to the average Canadian. A survey in October 2016 indicated that 52 per cent of Canadians are familiar with the Paralympic Games. By contrast, the Olympic rings are one of the world’s most widely-recognized symbols. 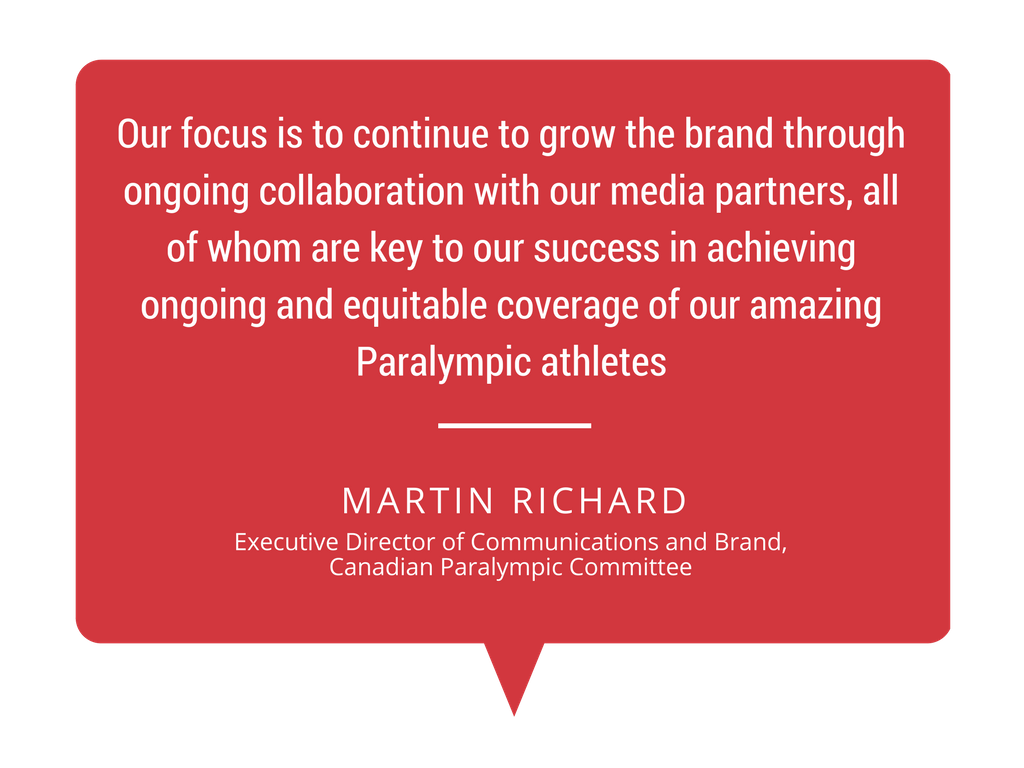 With the Paralympic Games starting approximately two weeks after the Olympic Games have ended, the organization must sustain the support and attention from a Canadian audience. (click to tweet

“Canadians are eager to tune in and continue to support Canadian athletes following the Olympic Games,” said Martin Richard, the Canadian Paralympic Committee’s Executive Director of Communications and Brand. “Paralympic coverage continues to grow rapidly worldwide and we want to be the leading country in bringing the Paralympic Games experience back to Canada through an innovative multi-platform strategy. As such, in 2014, we launched our Paralympic media consortium strategy, a first in its kind for Paralympics worldwide, grouping a variety of key media platforms. The results after two Games (Sochi and Rio) of this 360° brand strategy have been quite positive: Increased coverage on traditional and emerging media platforms, resulting in expanded awareness.”

“Our focus is to continue to grow the brand through ongoing collaboration with our media partners, all of whom are key to our success in achieving ongoing and equitable coverage of our amazing Paralympic athletes,” said Richard.

“To attract mainstream media, we need to be creative and energetic in telling the unique stories of our athletes and coaches, to spark interest,” said Alison Korn, Senior Manager, Media Relations & Communications at the Canadian Paralympic Committee. (click to tweet

) “Expanding awareness is paramount to the CPC, as it will not only help us grow our fan base, but will also bring more value to the brand and encourage more Canadians with a disability to be more active in sport.”

To drive this additional awareness within the Canadian media landscape, the CPC leveraged CNW’s newswire distribution service to maintain a regular cadence of communication with a national audience. In the lead up to the Games, the CPC sent out news on broadcast and digital coverage plans, sport-by-sport team announcements, as well as other Paralympic sport and partner news, such as the launch of the official clothing collection for the Games. During the Games, the CPC sent out twice-daily result summaries (midday and end-of-day) as well as Opening and Closing Ceremony flag bearer announcements. 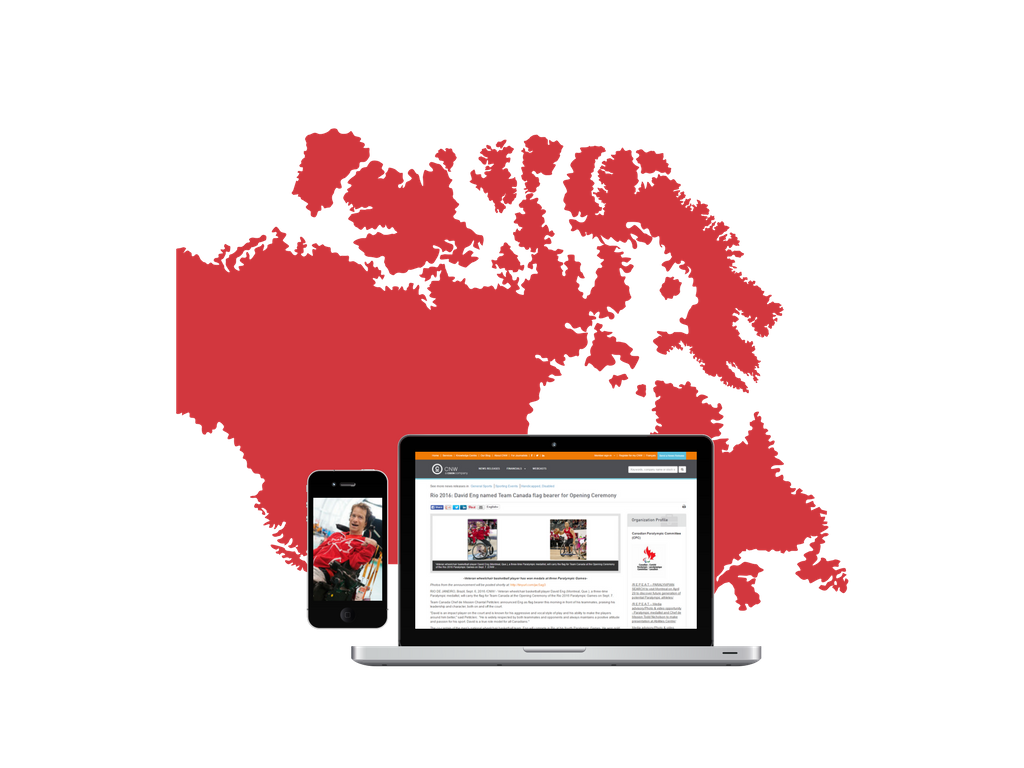 “This process made it easy for media to pick up news on the medal-winners of the day, along with any local hometown athlete/coach success stories,” said Korn. Multimedia has been an important part of the CPC’s strategy, and photo assets or links to videos are included with their news releases as often as possible. 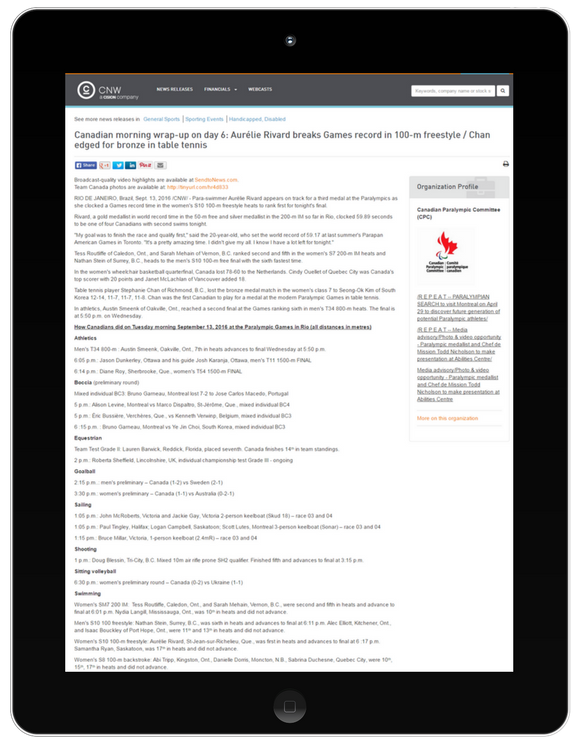 “Media advisories and media releases remain a critical tool to get our news out quickly and to a targeted audience,” said Korn. “Being able to connect directly with key media in a specific area or region is invaluable.” (click to tweet

“Working with the CNW News Centre is always a completely smooth and efficient experience,” said Korn. “Their courteous, prompt attention to detail is outstanding and helps us consistently get our news out to the media quickly and with impeccable accuracy.”

Since partnering with CNW in 2007, the CPC has driven increased awareness of the organization, its athletes and the Games as a whole. “Sending news releases covering Paralympic news, results, team announcements, campaign launches, and award winners across Canada has resulted in consistent attention, better media attendance at our events, and a very encouraging increase in media coverage of the Paralympic movement in Canada,” said Korn.

The CPC has also seen substantial growth in both audience reach and media hits. Over the course of the Rio 2016 Paralympic Games, the CPC earned over 3.4 million media impressions and saw thousands of articles written and broadcast clips aired about the Canadian Paralympic Team. (click to tweet 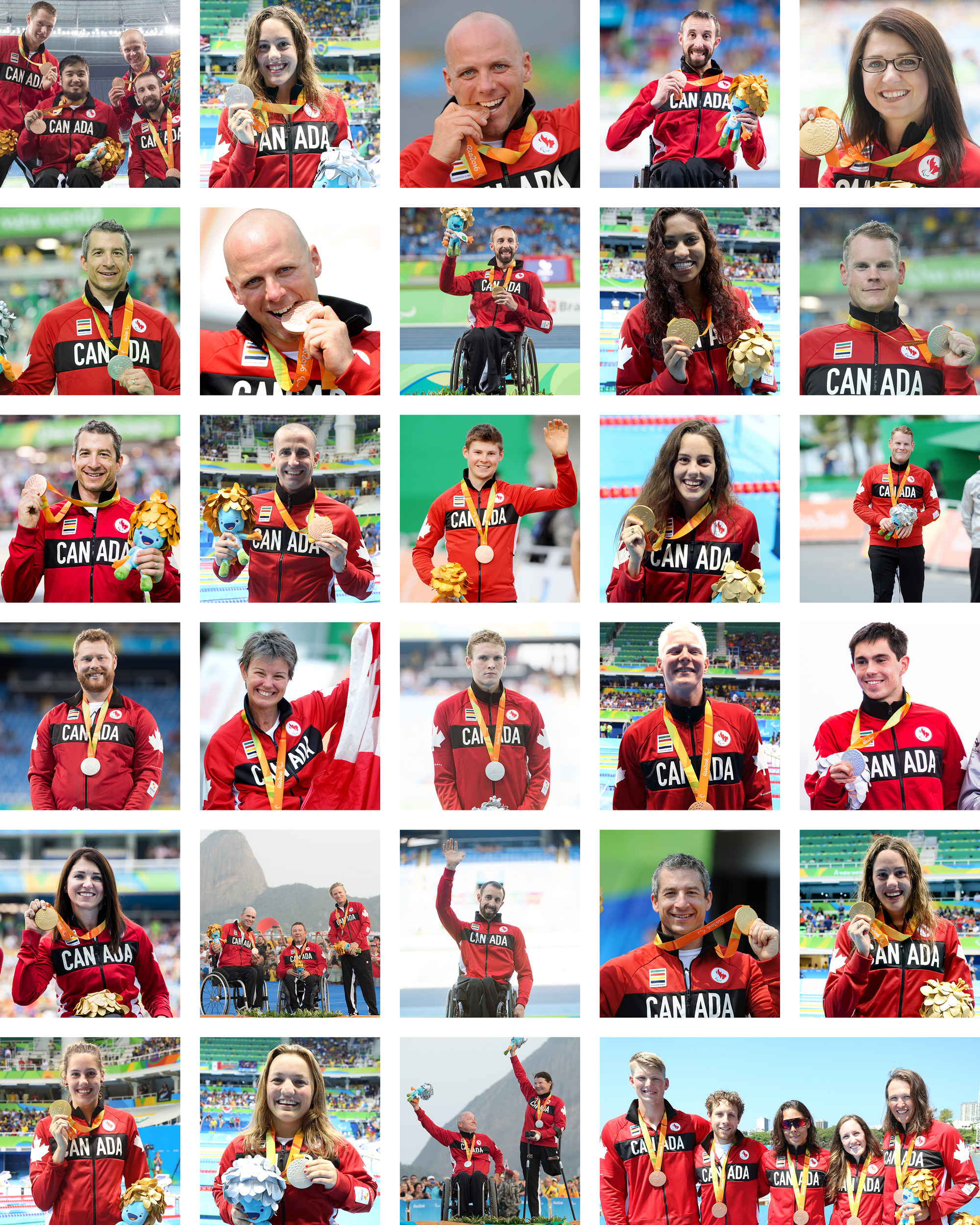 The quest for audience growth continues

While media interest and media coverage has increased enormously in recent years, the CPC still has work to do.

“With the media landscape shrinking, we’re seeing many media outlets downsizing and seasoned reporters being laid off, so it has become more important than ever for organizations to seamlessly deliver relevant content directly to media that will meet their standards and get used,” said Korn.

With CNW joining forces with Cision in 2016, the CPC is eager to combine a strong distribution plan with powerful monitoring and analytics tools. “We’re looking forward to continuing to advance our capacity in media outreach, servicing and monitoring and are very excited about leveraging future innovations.

“As we prepare for upcoming Paralympic Games in PyeongChang 2018, Tokyo 2020 and Beijing 2022, our objective is that Team Canada’s athletes and coaches continue to benefit from the ever-increasing public awareness, recognition and celebration made possible through our relationship with CNW.”