About The Gentle Barn

The Gentle Barn is a national nonprofit organization, founded in 1999 as a safe haven and place of recovery for severely abused animals. The Gentle Barn offers their unique philosophy of rehabilitating animals and connecting their stories of survival and healing to the personal experiences of inner city, at-risk and special needs children who have suffered physical, mental or emotional trauma. By interacting with The Gentle Barn’s approximate one hundred and fifty animals and taking a hands-on role in their welfare, those who participate in the programs at The Gentle Barn learn empathy, trust and forgiveness.

For more than 18 years, the Gentle Barn has been teaching people kindness and compassion to animals, each other and the planet. The foundation, which operates as a safe haven and place of recovery for severely abused animals and children, has made a significant impact on many people's lives with its work out of two U.S. locations. “We’ve received a lot of positive responses from the communities we serve as well as donations, and we have definitely built awareness of our approach,” said Jay Weiner, Co-Founder at The Gentle Barn. “We want to spread our message and do our work across the country and around the world.”

Drawing attention to fundraising initiatives without breaking the bank

Despite proven success and endorsement from celebrities including Ellen DeGeneres, The Gentle Barn is still very much a grassroots organization that relies heavily on earned media outreach to drive fundraising initiatives. “We have a lot of collaborative work with media ahead of us,” said Weiner. In early 2017, its primary communications goal was to bolster a GoFundMe campaign to open a third location in St. Louis, Missouri.

Reaching a wider audience with national and multi-language distribution

To help meet its goal, The Gentle Barn chose to use Cision Distribution by PR Newswire’s national and California-wide networks. Weiner and his team had not been with a PR firm for more than a year, and often used press releases, but most frequently on a local scale and widespread distribution was typically limited to the reaches of their social media networks. “Cision afforded us the ability to share our story with a greater population, which is something we had wanted to do,” said Weiner.

After announcing its St. Louis fundraising campaign, the foundation, without the cost of an expensive PR firm, distributed follow-up press releases with updates on the campaign’s success, highlighting celebrity involvement in their cause. “We worked with the Cision team to make sure those releases had SEO and media-friendly headlines and that each one was going to the right audience,” said Weiner. “Targeting helped us craft a better story.” 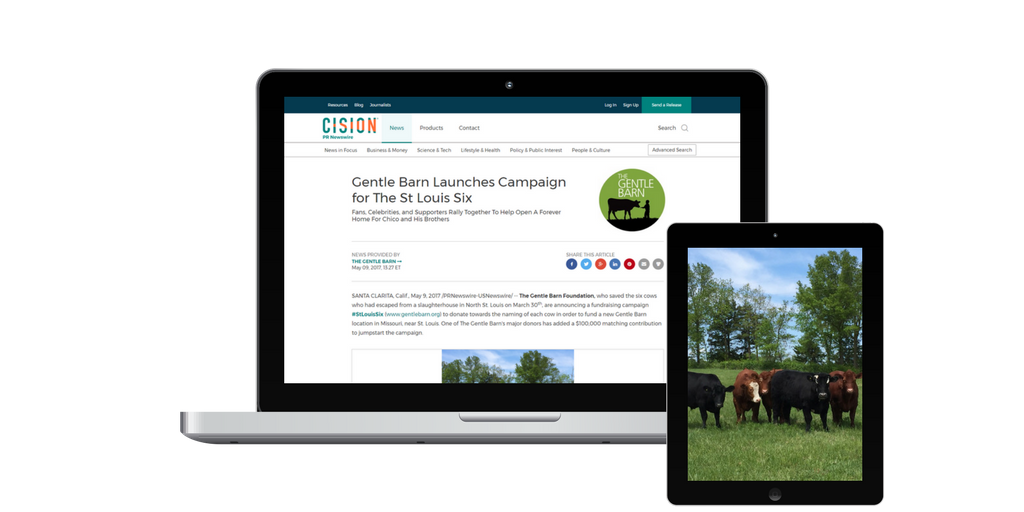 The Gentle Barn also decided to translate press releases to Spanish. “This was an important move for us because access to the Spanish-speaking population doubled our social media visibility,” said Weiner. “We would not have considered this an option until our Cision rep suggested it.”

The Gentle Barn's Visibility Report showed more than 1,700 press release views and over 1,300 views on its multimedia assets, leading to valuable earned media attention. “An NBC affiliate in St. Louis saw our release and had us in-studio for an interview, right away,” said Weiner. An outlet in Knoxville, Tennessee, home to an existing Gentle Barn location, ran a story based on the St. Louis expansion plan. “Working with our contacts in Knoxville was incredibly rewarding, and reinforced our operation in that area, and furthered the social media buzz,” said Weiner.

The Gentle Barn valued the guidance from the Cision and PR Newswire team. “Working with the professionals at Cision helped us take our in-house content to the next level,” said Weiner. “Their experience is evident in the recommendations they provide and the tangible results that follow.” Adding Spanish distribution helped the foundation develop a subsequent press release with celebrity Daisy Fuentes, who has worked with The Gentle Barn in the past and provided supporting quotes for their promotional content. “Daisy gave a video tour of The Gentle Barn to Univision and soon Telemundo, which was all born out of this strategy,” said Weiner. 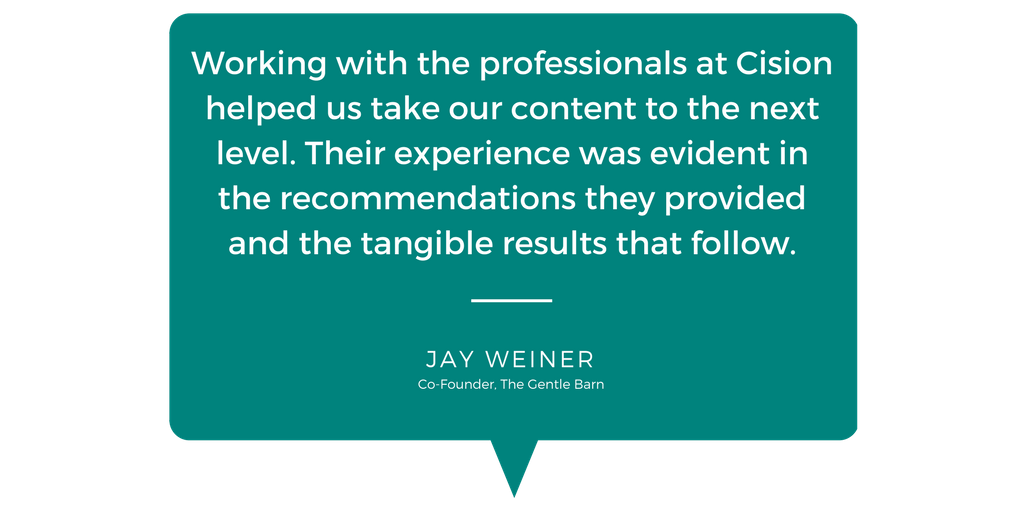 “We believe our distribution strategy helped us raise $400,000 in a short amount of time, which helped us successfully purchase our St. Louis facility,” said Weiner. 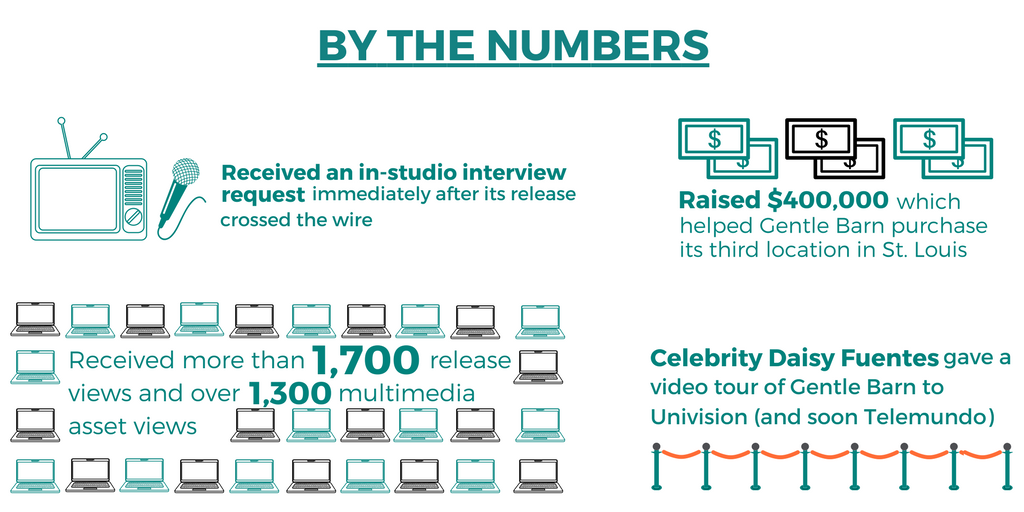 “Our next wire release will be in support of the St. Louis location, and its purpose will be to receive funds in order to ready that location to open,” said Weiner. The Gentle Barn is set to open its Missouri location on September 24th, 2017, with a grand opening event happening between 10 a.m. and 2 p.m. For more information, please visit The Gentle Barn’s website.