How to Spot a Fake Photo or Video Online 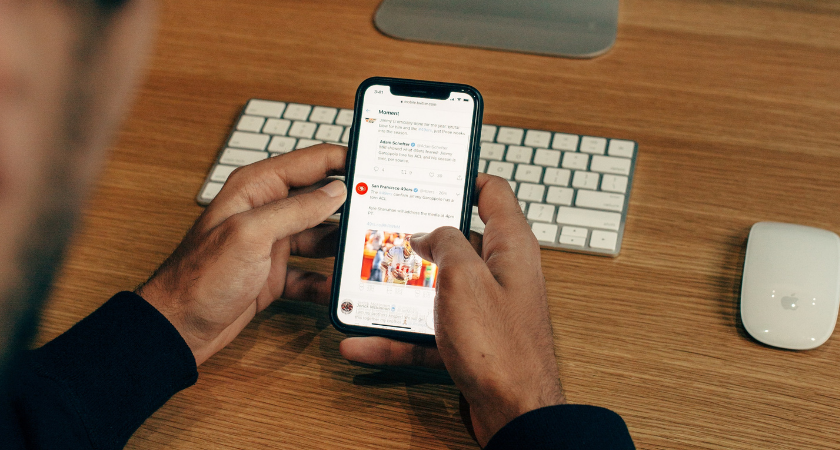 Misinformation, the other pandemic, is nothing new. But Russia’s war in Ukraine has added fuel to the fire as the public is tasked with discerning whether photos and videos on social media are real. U.S. officials even warned the public about “false flag” images and videos that Russia could potentially disseminate.

As we also approach April Fools’ Day, a day riddled with hoaxes, the Beyond Bylines team thought it would be a good time to review a few tips and tools to help you quickly debunk that bad photo or video. Some are obvious, while others are detectable only to a well-trained eye.

As a journalist, getting duped can have serious consequences. Without due diligence, it can cost you readers, revenue or even your job.

The bad news is we are all susceptible. With advanced technology and increased savvy by the everyday schemer, fake photos and misleading information are getting more difficult to discern.

It’s especially challenging when the source in question is one we trust, or the topic feels all too real. Take the recent photos of Ukrainian President Volodymyr Zelenskyy in military fatigues or these seemingly legit hurricane photos and tips for victims.

The good news is there are plenty of useful tips and tools to help you make an educated decision about a photo or video before posting it.

Don’t be the next reporter to get fooled by the fakery.

When trying to decide if a photo or video is real, ask yourself these key questions.

Reminder: Don’t rush. The nature of social media adds pressure to post quickly, but the reward of being the first to report will be canceled out if what you’re reporting is inaccurate.

Tools You Can Use to Identify a Fake Image or Video

There is no one-button solution that will tell you if a picture is real or digitally altered. But, in most cases, you can properly evaluate an image in a few simple steps. Here are some of the methods we like to use.

Searching for an image can provide you with a lot of information about how a photo is being used online. Through a simple upload, you can find clues about where the photo originated, where else it was published, and compare it to similar images to spot alterations.

To start, go to Google Images and drag and drop your image into the search field. You can also click the camera icon to upload a photo directly or insert the photo’s URL.

If you use Chrome and the image in question is already online, simply right-click on the image and select “search image with Google Lens.” This will immediately take you to any matching results where you can start digging for clues.

For example, when we used reverse search for the header image from a recent Media Insider post, we received a number of hits for other articles that use the same photo.

Pro tip: Make it easy to reverse search on your phone. Google Lens is available for Android and iOS devices (it’s included within the Google Photos app for iOS). Need more? There are several reverse image search apps available.

A photo’s metadata – a sort of digital fingerprint - can tell you a lot. It can tell you the date and time a photo was taken, the device used, shutter speed, exposure compensation, F number, ISO number, auxiliary lenses that were used, resolution, and even GPS information that shows you exactly where the image was taken.

Similar to a reverse search for images, free tools like Metapicz,  EXIFdata.com and Jeffrey’s Exif Viewer provide a simple process for verifying photos. EXIF stands for Exchangeable Image File Format and refers to the data that gets embedded into an image.

Remember that metadata is editable, so it shouldn’t be the only data you investigate. Use it with other information that’s available to make a final decision.

Beyond a photo’s metadata and online footprint, FotoForensics digs in deep to show where an image might have been altered. The site runs error level analysis (ELA) to find parts of a picture that were added to it after editing. While this isn’t the end-all-be-all solution we all hope for, it does help simplify the evaluation process.

TinEye is another useful site that provides image search and recognition and other forensic tools. After a simple upload, you can sort and filter by how much an image has been modified and laser in on differences with its comparison feature.

Visual forensics teams are responsible for verifying photos and videos before publishing. They use geolocation, forensic analysis, corroborate social media and CCTV footage, and more. “It’s like civilians are the modern-day reporters,” the Center for Information Resilience director Benjamin Strick told the Washington Post recently, “and now it’s the newsroom’s job to go through the wealth of footage and check it out.”

Pro tip: If you’re a photographer, you can stay vigilant about protecting your original work by uploading your images to EXIF.co. This tool uses smart watermarks that force users to embed your image, rather than download or screenshot it for their own use.

Lean on your resources.

You know Snopes.com. It’s one of the most widely-recognized fact-checking resources “by journalists, folklorists, and readers” alike, according to the site. Traditionally, you think of Snopes for checking out myths, rumors, and misinformation. But, you also can use the site to see if widely circulating photos have already been deemed real or fake — like this fake photograph from the Boeing 737 crash in China that took place recently. Or this photo of the Parkland school shooter, which was deemed real.

There are also quite a few Twitter handles that do some of the heavy lifting for you. For example, @PicPedant tracks down fake and stolen photos. The handle also calls out uncredited imagery and alerts the appropriate rights holders. Similarly, @FakeAstropix helps identify fake, misidentified, and uncredited pictures — but specific to astronomy.

Pro tip:  Even a simple retweet of a bad photo can land you in hot water. Make sure you know the image’s source before you inadvertently take part in a viral hoax. Here’s a quick guide.

Like photos, videos and their thumbnails can be manipulated, too. Luckily, videos also hold a ton of data behind the scenes.

Amnesty International’s YouTube Dataviewer is a simple but powerful tool that allows you to extract metadata from videos hosted on YouTube. The tool extracts the upload time of the video in question, and its related thumbnails, while also showing you any other copies of the video posted to the site. This helps you track down and view the first instance of the video on YouTube.

The InVID Verification Plugin is another tool for journalists. It was designed as a verification "Swiss army knife" with features like reverse search, keyframe analysis, video copyright checking and more.

Pro tip: Video thumbnails should also be searched through reverse image search to see where else the video might appear online.

It’s easy to know what to do once a photo is deemed real or fake. You either use it or you don’t. But, what if you’re still not sure?

The best advice: Do your legwork and ask a lot of questions. Check with your peers and push back on any sources that provided the image. The more you push, the more signals you’ll likely get that help you land on a decision.

If questions remain, err on the side of caution. Don’t use the image until you’re 100% sure it’s safe to use.

Still feeling unprepared? Utilize the Verification Handbook, originally authored by leading journalists from the BBC, Storyful, ABC, Digital First Media and other verification experts. It provides actionable advice and best practices for how to verify and use information, photos and videos during emergency coverage.

Want to test your ability to recognize a doctored photo? Try Adobe’s Real or Photoshop Challenge.

Lastly, it’s important to talk to your readers about these techniques. Ben Zhao, a computer science professor at the University of Chicago, discussed deepfakes with CNBC in 2019 and said, “One of the hopes that I have for defeating this type of content is that people are just so inundated with news coverage and information about these types of videos that they become fundamentally much more skeptical about what a video means and they will look closer…There has to be that level of scrutiny by the consumer for us to have any chance of fighting back against this type of fake content.”

We've covered a lot of great tools in this post, but for even more, check out our list of tools and apps for journalists and bloggers. You're bound to find one that will make your day-to-day easier. 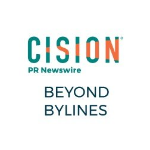 About Beyond Bylines Team

The Beyond Bylines blog covers the intersection of journalism, emerging media, and blogging. Read more at https://mediablog.prnewswire.com/.