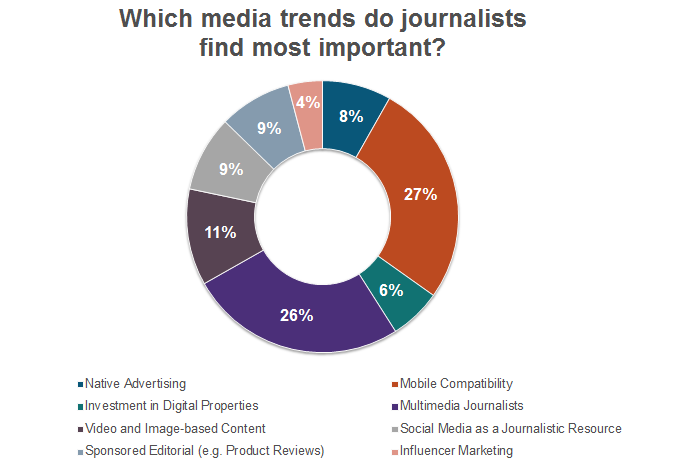 It’s becoming common practice for brands to pay content creators for tweets, Instagram posts and blog articles, but Cision’s 2016 State of the Media report shows that most journalists aren’t aware of influencer marketing. Or for those that are, it doesn’t seem to be a priority. That’s a hot button issue that continues to build for journalists and the media as a whole as fewer Canadians are consuming news media content—in this instance defined as current affairs programming and local and global news, in print, online and television—across all mediums than ever before.

Only 7.5 per cent of Canadian journalist respondents to our survey said that influencer marketing is the most important trend in the media today and only 13 per cent labelled it as the second most important. What did journalists rate important? Mobile compatibility and multi-media journalism came in at the top with 31.8 percent and 22.5 percent respectfully. 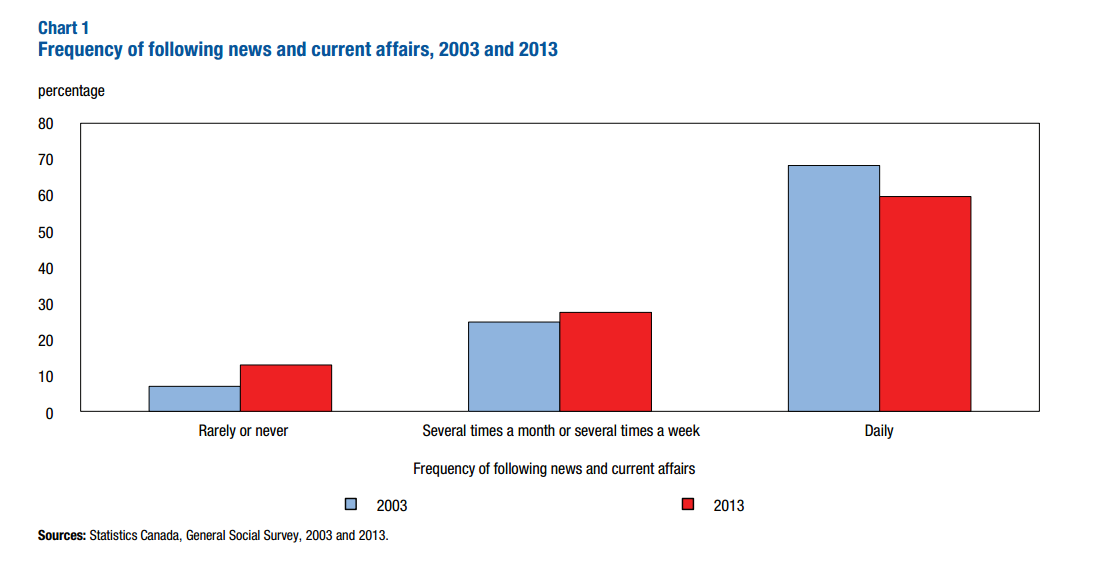 This is important because a generation of news-readers (those 18 to 34 years old) are turning to influencers for entertainment, news bites and product information in a way that traditional news outlets should not ignore. Statistics Canada surveyed more than 25,000 Canadians from 2003 to 2013 and released that study this month citing 21 per cent of people aged 15 to 34 stated they never, or rarely, followed the news and current affairs. This has doubled from 11 percent in 2003. This doesn’t mean that Canadian’s are consuming content, in fact we’re consuming more than ever before, but via different types of media. More people are disinterested in the content that newspapers, journalists and broadcaster produce instead favoring influencers content via blogs, social media, and social media channels. 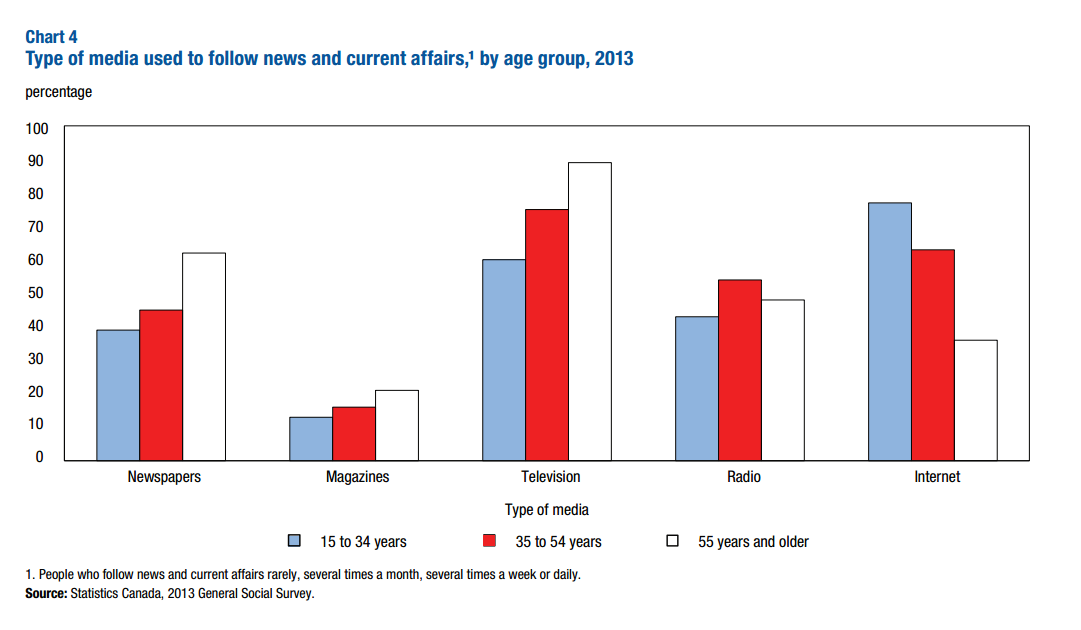 The same article showed that—surprise, surprise—the Internet is the only form of news media consumption that has grown. Increases in online readership are not picking up the slack created in other mediums — fewer Canadians are interested in the news and the work of traditional news organizations.

Influencers are the new reality TV and morning news television.

While Canadians may not be reading news, we are interested in keeping up with our friends. More than 50 per cent of teens are using Snapchat, almost 60 per cent of the country is on Facebook and influencers are the key to accessing these audience groups. News organizations and journalists should work to replicate influencers’ success.

Imagine reporters producing Snapchat stories of news articles, taking 15-second Instagram videos of interview subjects, or presenting branded content through these platform. That would turn journalists to be some of the most widely known influencers.

Canada has no specific laws, regulations or national codes of ethics for who is considered a journalist, which leaves it up to news institutions to create their own professional standards. The only legal tools available to prevent journalists from lying to the public are libel and slander laws. Influencers are also not governed by any law or code — journalists can be influencers and visa versa. 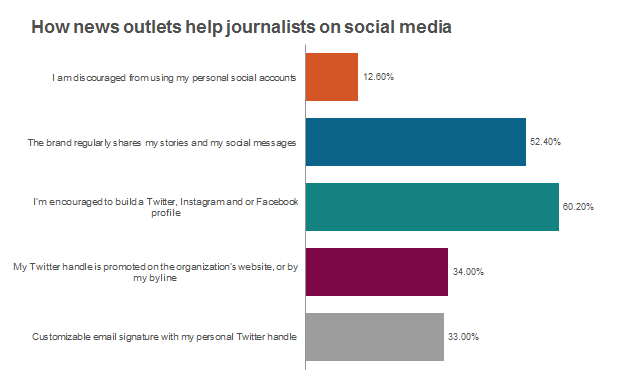 Some journalists are discouraged from using social media.

The State of the Media Report also indicated that many news organizations aren’t using journalists as promotional vehicles for news content. Only 50 per cent of our respondents said their outlets encouraged them to build Twitter, Instagram or Facebook accounts. Despite that, only one third have those social handles promoted on websites and email signatures. Other organizations, as reported by 12 per cent of respondents, actively discourage journalists from building social media brands.

Defining what a multi-media journalist is and curtailing them to producing branded content on a website is tying their hands behind their backs. Influencers have no such restrictions. Using these mediums to connect with readers will also help reporters build their personal brands and increase their value to news organizations.

What if your communication strategy missed a single key to unlocking a vault full of media coverage? If you aren’t...