How much does “trending” matter? #Elbowgate

On Wednesday May 18, Prime Minister Justin Trudeau pushed an MP and (accidentally) elbowed another during a debate over Bill C-14, a piece of legislation that would codify peoples’ right to seek doctor assisted death, this spawned hashtag #ElbowGate.

CBC news has a great roundup of what transpired, but the question remains, how much of a distraction does a trending hashtag like #Elbowgate really make? Just because something is trending doesn’t mean it controls the conversation on an issue. If your campaign or issue gets temporarily high-jacked, don’t despair.

Cision monitored the conversation around Bill C-14, as well as Bill C-16 a law meant to reaffirm anti-discrimination provisions of the Canadian Charter of Rights and Freedoms for transgendered Canadians and the now infamous #Elbowgate for the past seven days to find out what matters more to Canadians: some pushing and shoving in Parliament, or the rights of thousands of Canadians. 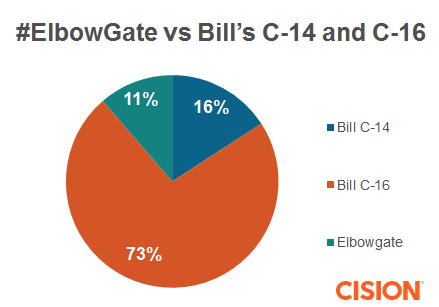 Despite the viral hashtag #Elbowgate the conversation around transgender rights and Bill C-16 has maintained 73 per cent share of voice in both social and news media, doctor assisted death maintained 11 per cent between the three.

On Wednesday and Thursday, comments about Trudeau’s actions in Parliament only combined for a total of 25,400 social mentions. Meanwhile, Canadians shared more than 300,000 comments about the Bill C-16 and 18,400 mentions of Bill C-14 in this week alone. 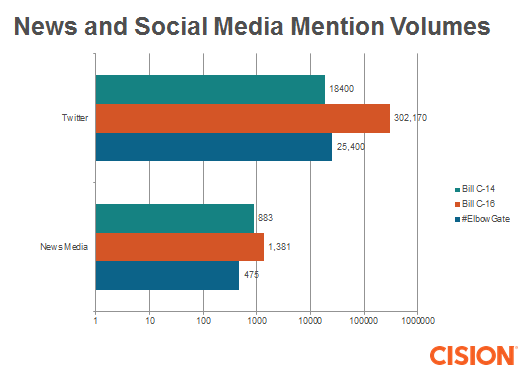 Here are the two things you should learn from this: 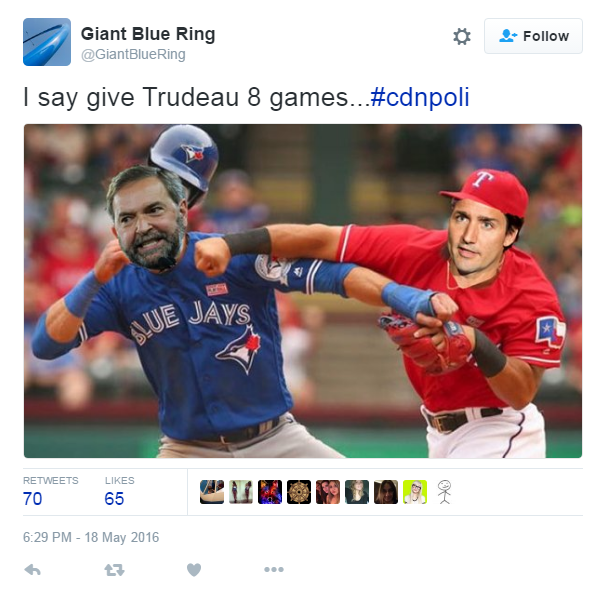 By its sheer existence, both Bills C-16 and C-14 will have a longer lasting cultural indication than #Elbowgate’s memes and jokes, which will be forgotten. The Internet can be a funny place. If your campaign or issue gets high-jacked by social memes, remember that the joke will pass and a new one about another issue will rise. Let the jokes fade and continue with your campaign when the issue has subsided.

The real story of Bill C-16 is that more than 222,000 Canadians discussed transgender rights on social media in a single week. Yes, 25,400 social mentions of #Elbowgate happened, but by simple nature of memes and the evolving door of social media trends, it won’t have the longevity that the bill can on Canadian culture.

Business-to-business sales can drop as much as 20 to 30 per cent in the vacation-filled days of summer. Even with...