With the first Canadian election debate behind her Green Party Leader Elizabeth May’s social media mentions have dropped considerably, from our last review. Meanwhile commentary on the Mike Duffy Senate expenses trial and Nigel Wright’s testimony as well as a series of policy announcements have kept Prime Minister Stephen Harper and the Conservative Party on top of mind. Using the Cision Social Edition we are monitoring the party leaders and election hashtags to track how many mentions each party receives. The first graphic shows total mentions across all four parties, you can see Harper and the Conservative Party are mentioned in more than 30 per cent of social media mentions. 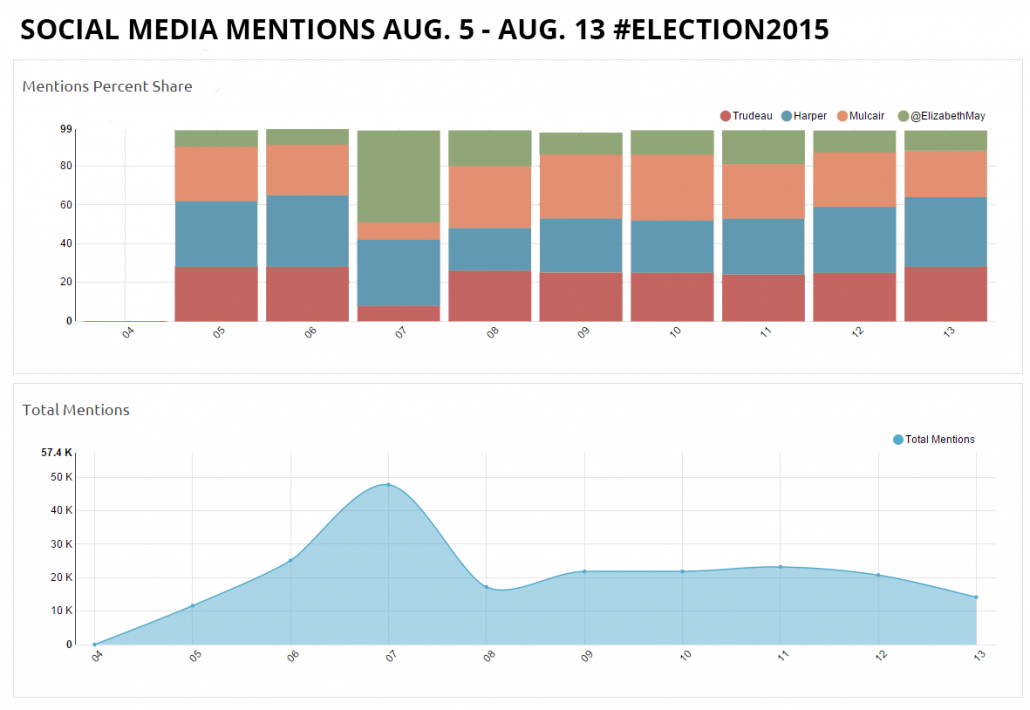 This week Harper announced proposed new investment in policing, imposing travel restrictions to nations with purported ties to terrorism and a pledge to collect data on foreign home buyers who invest in property in Canadian cities. Despite this, Justin Trudeau, Liberal Leader, receive almost 2,000 more followers than the incumbent Prime Minister in the last seven days.

Follow Cision Canada on Twitter for our continued analysis of the social media conversation of this year’s election.

Following politics in Canada could be a full time job and thankfully for some it is. This is turning out...