Change is a good thing, especially when it is on Twitter.

During the past three weeks Twitter began rolling out previously-announced changes to its platform and we want to be sure you how these updates can benefit your content marketing efforts.

1. Ability to retweet and quote your own tweets 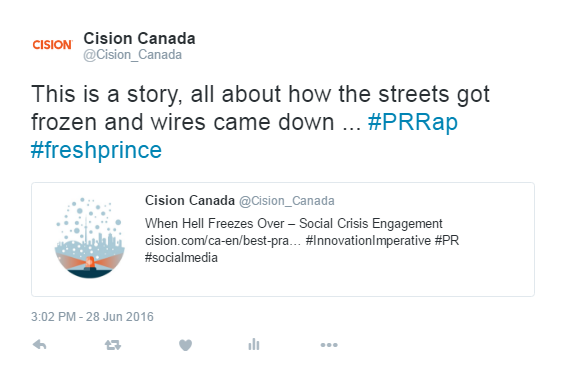 This is extremely helpful in re-broadcasting a message that failed to catch fire. Different people see a message at different times, instead of trying your hand at writing a new tweet at a more opportune time, now you can just retweet your own comment.

The self-quoting featuring can be used referentially — reframing a message that you’ve already sent. You can then retweet your own quote, and quote your own quote again. This is the ouroboros (snake eating its own tail) of content marketing.

The call-to-action button on Twitter card ads are gone. It might seem as though it flies in the face of everything we know about conversion, but research by Twitter developers found that this change  improves the performance of the ads. This could mean a greater return on investment for advertisers who’ve turned to Twitter to find more customers.

Twitter cards without a CTA look a lot more like Twitter posts, even with the promoted icon below them. If the goal is more embedded native-style advertising, this is a small but important win.

Long gone are the days of sacrificing consonants in the aim for including another Twitter handle. Soon, Twitter promises that @Handles, images, .gifs, polls and videos will no longer impact the 140 character limit that Twitter is built on.

This means you have more room for content, which is excellent for analysts.

When people purposefully misspell words, or curtail what they want to say to fit into a tweet, analysts often miss important conversations. With more actual words inside tweets we can monitor people’s conversations, and what they meant by their comments, more carefully.

The timeline on this change is still up in the air. At the time of publication both images and @Handles were included in the total tweet character counts.

You never need to include a period in front of a tweet to broadcast it to your followers again. All new messages that you share that begin with an @Handle, will be sent to all of your followers, all except for replies. If you want a reply to be seen by everyone just retweet it, because you can do that now.

Keep the lights on by keeping your staff full and people trained. Otherwise, your brand’s version of downed power lines...