How to Leverage a Celebrity Endorsement

In a single tweet celebrities can rocket a PR message into the stratosphere. Think back to the 2014 Oscars when Ellen DeGeneres tweeted a now infamous, celebrity-filled selfie from her Samsung phone. The tweet reached more than 37 million people and is estimated at a $1 billion worth for Samsung.

Canadian brands are taking advantage as well. On May 5, Tim Hortons launched a campaign promoting its new beverage, the Chocolate Chill. The Higher Level of Chocolaty campaign includes an online video where a woman drinks the beverage and begins to levitate off her stool, stunning unsuspecting Tim Hortons’ customers. Then in comes Britain’s Got Talent winner and Canadian illusionist Darcy Oake, credited as a potential source behind the magic—all the while posing the question that it could be the drink.

The company’s CMO Peter Nowlan, quipped that the partnership with Oake as a way to elevate the brand. The play on words got a laugh at the beverage’s launch party, but determining winners and losers in celebrity endorsements is a complicated science. 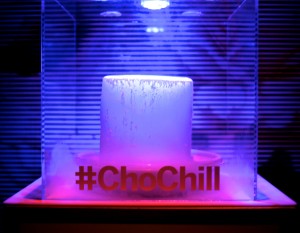 In a  study on celebrity endorsement, English researchers studied the relationship between celebrity chef Jamie Oliver and British supermarket chain Sainsbury. They analyzed the media’s response to a conflict over salmon that Oliver endorsed, but wouldn’t serve in his restaurants. While there was negative sentiment toward both parties, the grocer for serving environmentally controversial salmon and Oliver for accused hypocrisy, it was Oliver that took the brunt of the negative press.

The researchers concluded that brands should consider celebrity endorsements as alliances rather than transactional activities, such as buying a display ad on a website.

In addition to Oake, the Chocolate Chill launch party featured a live performance by Toronto-native Joel Zimmerman, better known as Deadmau5. Zimmerman has been a long-term brand ally of Tim Hortons, often tweeting with the brand and previously hosting Coffee Runs, an online video series where he would pick up other celebrities and take them to the chain for a coffee. In one of his most widely viewed episodes, Zimmerman rode with the infamous, and former mayor, Rob Ford during the height of his drug scandal.

Since DJs primarily work long hours at night, some using coffee as an instant energy boost, the connection between Zimmerman and Tim Hortons’ is believable. Furthermore, the DJ’s large North American fan base aligns with the coffee chain’s target audience.

The residual impact of celebrity endorsements

Samsung wasn’t the only company to benefit from DeGeneres’ endorsement at the Oscars. The star ordered a Big Mama’s & Papa’s pizza on-air and had it delivered during the show—a move that delivered a flood of calls to the Burbank-based pizzeria from investors looking to help it expand operations. The advertising value is estimated at more than $10 million. For Tim Hortons, the illusion video has received more than one million views on YouTube, nearly 100,000 more than Deadmau5’s Rob Ford Coffee Run.

With an effective brand alliance there is persistent value for both the brand and the celebrity that grows overtime.

However star power itself does not guarantee your product will take off. In a Canadian study of celebrity endorsements, researchers Mehdi Zahaf and James Anderson found that credibility, not celebrity, increased the likelihood of consumers buying a product.

“It does not mean that a celebrity cannot bring credibility to the product and to the commercial,” the study concluded. “If the celebrity is seen as trustworthy, similar, and credible then that effect may be transferred over to the willingness to buy.”

Celebrities bring their fan base with them. If their association to a product is credible the endorsement can positively reach that audience.

We tracked the social conversation around the announcement using our social software reviewing more than 200,000 mentions of #Budget2015 and...