Editorial Writing Is More Powerful Than Ever

Word choice matters and because of social media, it matters more than ever. Even a single story, editorial, or blog can help affect change in days rather than traditional regulatory paths that can take decades.

Case and point: On June 17, Dylann Roof walked into a Charleston, South Carolina church and murdered nine people. The next day author Ta-Nehisi Coates published an editorial in The Atlantic Magazine titled Take Down the Confederate Flag—Now that argues supporting the flag, which the Confederacy created during the Civil War, is synonymous with supporting slavery—the main cause of the war and the foundation of the Confederacy.

The two sides of the argument surrounding the Confederate flag have those on one side touting it as an emblem of southern patriotism, while others see it as a symbol of racism. While not every issue is as potent as gun violence and bigotry, there are lessons to learn from Coates’ editorial strategy.

Coates’ editorial ran just 18 hours after the incident, a move that has earned him recognition from publications like Slate.com and Think Progress for spearheading the removal of the flag from state buildings. The New York Times credits his piece, along with the activity of #BlackLivesMatter movement, for pressuring the government at just the right time.

The story has received more than 345,000 Facebook shares and 22,000 tweets since its original publication. By responding quickly and passionately, Coates became a leading voice against the flag.

Be ready to follow-up.

Within a day of Coates’ first piece, Governor of South Carolina Nikki Haley said she would pass a law to prevent the flag’s presence on the grounds of the Statehouse.  The state’s Republican Senator Lyndsey Graham remained hesitant, stating in an interview with CNN that America should blame the murderer, not the flag, for the incident. 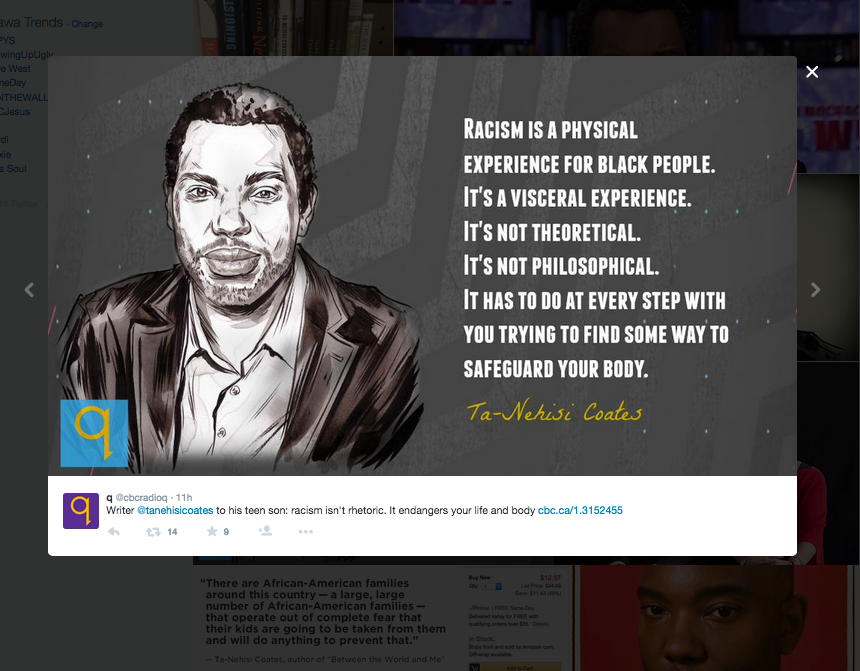 That same day, The Atlantic published Coates’ followup piece What This Cruel War Was Over, which explored the language used the Civil War that enshrined slavery in the Confederate states’ laws and culture. The article received 251,000 shares on Facebook and 12,000 on Twitter.

If his first piece helped take down the flag his second piece locked it in a museum. By this time MoveOn.org was receiving 5,000 new signatures a day for the flag’s removal, to date it has more than 525,000 signatures.

Engage with the media and big name brands.

Coates debated the issue in TV interviews with national networks including NBC, NPR and CBC and in the pages of Gawker, Slate and The New York Times. This amplified the reach of his editorial beyond those who read it initially.

Businesses soon followed on the heels of political change. On June 24, Walmart, Amazon, eBay and Sears all announced bans on the sale of Confederate flag merchandise—as did Canada’s The Flag Shop. Following the ban, Random House announced that it would move up the publication of his new book Between the World and Me from September 8 to July 14. 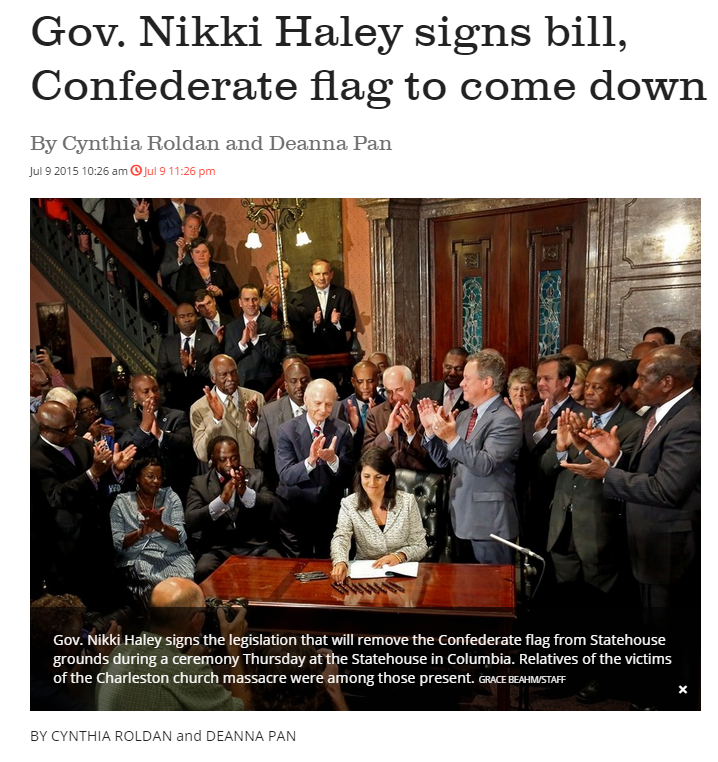 Senator Graham, who is currently seeking the Republican nomination for President, eventually conceded that the flag had become a roadblock for his home state. Just two weeks later on July 9, Gov. Haley signed legislation removing the flag from South Carolina’s Statehouse—a move other southern states are beginning to follow. Governors for Virginia, Maryland, North Carolina and Tennessee have promised to or have banned the flag from appearing on state license plates. In Mississippi, the House Speaker and Senators have called for a change to the state’s official flag.

Coates’ research and persuasive writing contributed to the national discussion. Meanwhile, his follow-ups and further engagement with traditional and social media have given his arguments staying power.

This post originally appeared on Newswire.ca Breaking news stories from our neighbours to the south are often integral to the...