We Canadians are well known for our sense of humour and this extends to our grand tradition of branded April Fool’s Day gags. This year, three initiatives have captured the nation’s attention this morning by playing directly to Canadian identity.

1. BlogTO announces the Rogers Centre will be renamed the SkyDome

Playing on the heart strings of Torontonians, BlogTO announced this morning that the Blue Jays home field, The Rogers Centre, would return to its original moniker of The SkyDome.

“With our new naming strategy, we hope to ramp up excitement for what we hope is another historic season for the Toronto Blue Jays,” says Rogers Communications spokesperson Avril Tromper.

For a nice dose of nostalgia, former SkyDome mascot Domer will throw out the first pitch at next week’s game against the Red Sox.

SkyDome began to trend on Twitter at 10:30 a.m. EST across Canada and by noon more than 10,000 people had liked the article on Facebook.

WestJet has produced an April Fool’s Day video since 2011 and this year’s is featured as a sponsored trending item on Twitter as of 8:00 a.m. this morning. Last year’s video presented motorized seats that board themselves and in 2012 the airline demonstrated child-free cabins on its flights with kids instead being stowed in the baggage hold.

By mid-day, today’s video had received more than 150,000 views on YouTube. 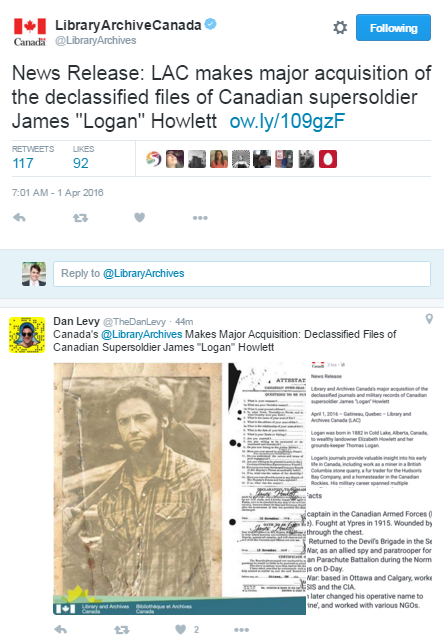 Library and Records Canada set out to prove the Government of Canada has a sense of humour. The national library released the military records of X-Men character James “Logan” Howlett a.k.a. Wolverine.

These gags were well timed, funny and engaging. Learn more about viral content by watching our webinar recording “How to Monitor Anything” today!

What Is “Made in Canada” and How Can It Affect Your Communication Strategy?