Why Memes Matter: The Good, the Bad the Viral

The currency of the social world is influence. Influence being our ability to drive others to take action and a powerful tool to drive action is a meme.

But when should you use them for your brand and why are they so important in today’s media environment? 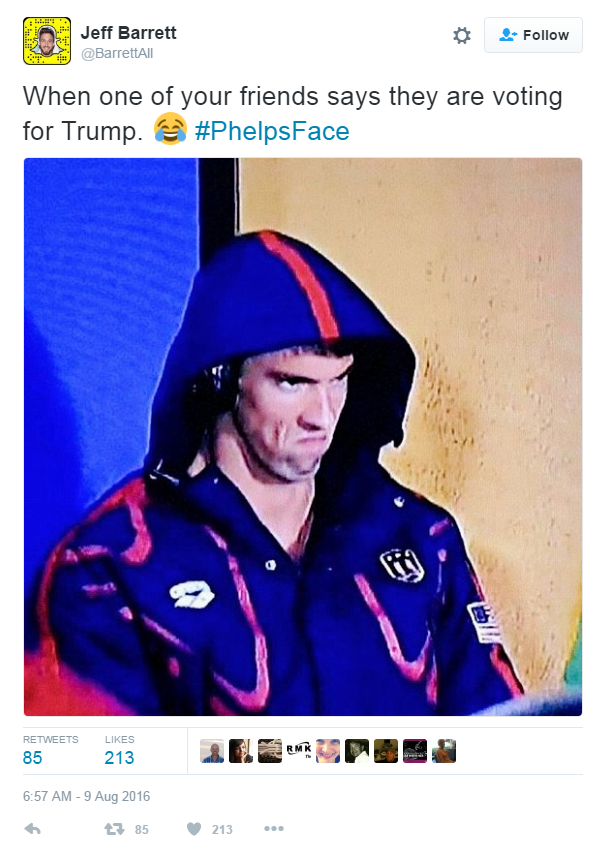 With the Olympic games in Rio this week, we see prime examples created every day. Exhibit A: this week in preparation for a race, American swimmer Michael Phelps got caught on camera with an aggressive look on his face. Thus, #PhelpsFace is born and has been shared hundreds of thousands of times.

Taking part in these episodic moments can help display a brand’s relevance and drive engagement. Sometimes being on the bandwagon is one of the only ways to display that your brand is engaged and in-the-know.

No one owns a meme

You can’t trademark a meme. No one trademarked the oft-mentioned cat video; we all share in the lolz. Even when people try to trademark elements of meme culture, they face immediate scorn as online video creators Fine Bros discovered in January,  when it attempted to trademark the format of a reaction video, where people are recorded watching a video online for the first time to capture their immediate impressions.

The format is popular and began to be popularized in 2006.

Fullscreen Inc., a company affiliated with Fine Bros launched petitions with YouTube to force content creators to take down videos that featured the term “react” in the title. This led to an immediate backlash and Fine Bros canceled plans to expand a new service licensing the format of reaction videos through its brand.

If your brand has a problem with people stealing its content and using it elsewhere, starting in on meme creation can be like opening Pandora’s Box.

Once you get beyond the idea that you actually own the rights to your content, lots of opportunities open up.

Rap stars like Drake prepare their music videos and album covers with materials designed for social virality. In production of his 2015 music video Hotline Bling, he even called out how well the video would play online. This video has been viewed more than 879 million times. A search on YouTube of “Hotline Bling Parody” generates 500,000 results, some videos with several million views.

For his 2016 album Views, Drake took it a step further and actually released artwork from his new album in high resolution with the express purpose if it getting used all over the Internet. It worked!

Even President Obama plays with these tactics. In his Democratic National Convention speech this summer, he referenced the hashtag #ThanksObama, which originated as an insult against him. He used it again in February of 2015 in a video playing before his speech at the National Press Club.  Thanks Obama for helping us make our point.

Prime Minister Justin Trudeau isn’t beyond using memes as well; he posed for a series of faux-feminist memes with Vox.com, playing on his popular self-image.

Why are memes so important to people?

Trending topics drive news cycles for no other reason than thousands of people engaging in an activity or using a term “is news.” It is a turn-key cultural identity and all you need to join in is a hashtag.

We had memes before social media too. People played with Teenage Mutant Ninja Turtles toys because of the movies. We had Ghostbusters and Transformers too. Today these are referential goldmines for the entertainment industry because of built-in knowledge and fan bases that can be mobilized with a theme song or a single character.

Memes carry a similar weight but for a shorter period of time. They are an avenue toward catharsis and engaging online during peak periods of social interaction is a tactic to amplify that feeling as far as possible while aligning it with your brand.

Memes are not without risk

Memes feature a constant level of self-parody. By the time a single viral image makes the rounds from its originating source to another social channel, blogs and eventually BuzzFeed, the joke is over. Each image created by the world’s community of content creators is open to constant ridicule and endless appropriation.

Remember that Star Wars kid video where a teenage boy spun a rod around like a Lightsaber on video? This went viral in 2002 and has been seen by hundreds of millions of people ever since. Great right? Not so much. 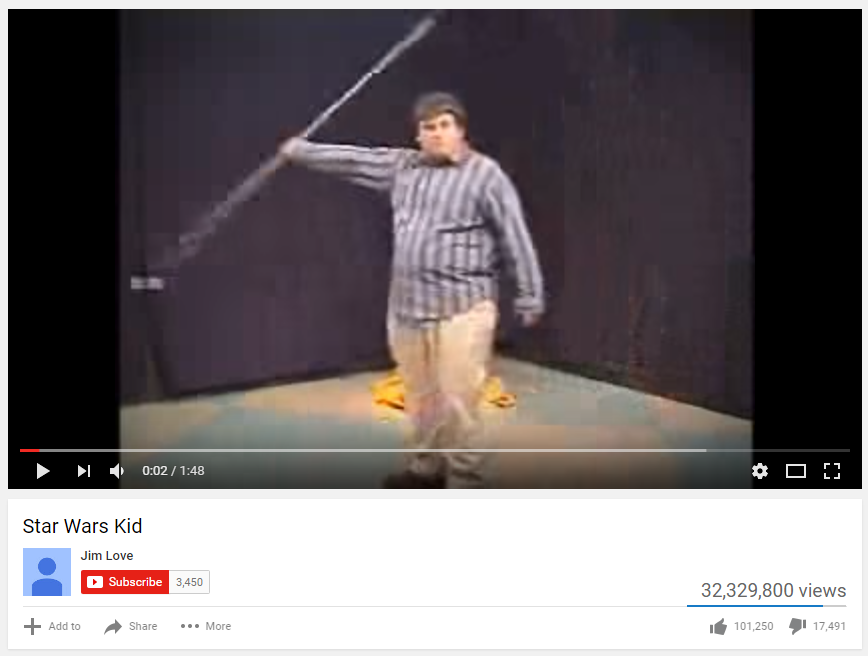 The Star Wars kid’s name is Ghyslain Raza and he told Macleans Magazine in 2013 that he lost most of the friends and had to change schools as a result of the video.

“In the common room, students climbed onto tabletops to insult me,” – Ghyslain Raza

Raza has since grown up to be a lawyer and is the president of a heritage society in his native Trois-Rivières, but not before his parents sued the families of the boys who posted the video online and underwent years of therapy.

When is it ok to join in on a meme?

The answer all depends on who could be hurt by the parody. In the case of a private citizen like Raza, brands should steer clear.

An image of an intense Michael Phelps likely boosts his image as a competitor. He’s already known worldwide and has faced more contentious issues in the media than a facial expression. Phelps is an OK target for a meme; Raza would not be.

If you don’t know who the person in the image is, or the story behind it, tweet about something else. If you don’t know the context of a meme, you might be missing the joke and could bring unwanted negative PR to your brand, in which case, avoid it unless you get-it.

If you want to capture how powerful your meme interactions are, learn about Cision’s social intelligence software.

Over the years, I have found that a big part of being prepared for the future is understanding the past....