This piece is an excerpt from Cision Canada’s new e-book Innovation Imperative: 7 Canadian Communication Stories, featuring expert communicators from across the country. 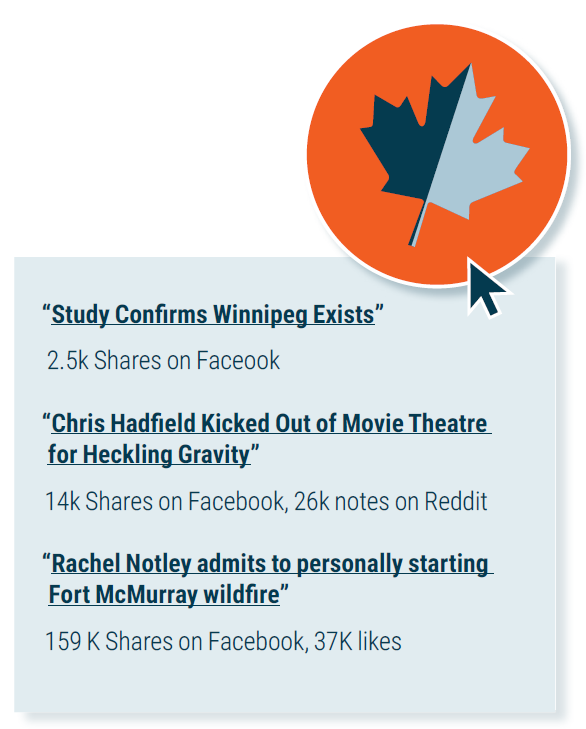 Writing satirical news stories is all fun and games until a story crashes the server and propels your brands to worldwide recognition. Alexander Huntley is a staff writer with Canadian satirical news site The Beaverton, an online publication staffed by volunteers from across Canada that holds its story meetings on a private Facebook group and chooses its headlines democratically using ‘likes’.

If you spend any time on Facebook and are in the communications industry you’ve seen the team’s handiwork.

For a team of volunteers, the group is doing extremely well with stories going viral and even being included in international news  as fast. Huntley shared his team’s secrets for creating consistently viral content.

1. Write headlines as a group

Ideas in isolation are only as good as the individual writer but when brought to a team of creative professionals, good ideas can be made great and mediocre ideas can be discarded.

“We have story meetings on Facebook, where we’ll write up headlines around a news item and vote by liking the most entertaining or catchy titles,” said Huntley.
The real business of fake news is found in writing and editing as a team. You can do the same with your blog ideas by bringing your subject matter experts and creative teams into the content process.

Huntley wrote about Canadian astronaut Chris Hadield with the headline, “Hadfield Arrives Back to Earth With $1.75 million Rogers Phone Bill.” The article actually broke the website with more than half a million hits in a day. Reddit users reposted it more than 20,000 times times .

“A Chinese newspaper reported it as true,” said Huntley. “The reporters [clearly] missed our disclaimer stating that the piece is satire.”

If your team has an idea to that is, at all, time sensitive strike while the iron is hot and get that story online. (Click to tweet)

Beaverton authors pitch two types of stories, those that are evergreen, which are comedic at any time and those that are pulled from the headlines. It is the later that often go viral.

“We can have a story online within half-an-hour of a news item dropping,” said Huntley, who often other beats mainstream publishers to the punch that are following up on a broken news item.

Of course not writing facts or having to quote actual people helps but the lesson is clear — get your content online fast. Popular stories on the Beaverton will often see more than 500,000 page views in a day when there is a high point in news coverage.

Consumer generated content and word of mouth marketing is the holy grail of content marketers working in a B2C brand....