Why PR and Paid Media Distribution Need Each Other 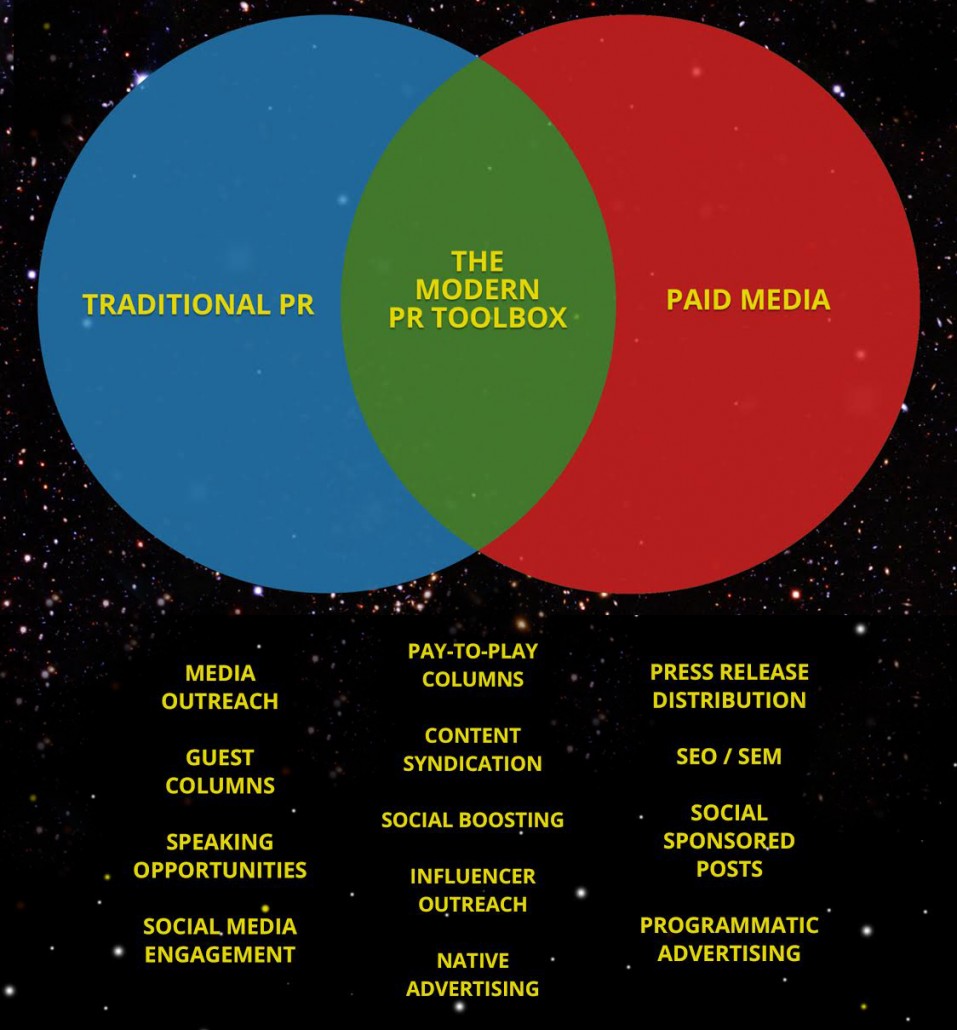 What comes to mind when you think about public relations? Traditional PR has for a long time lived exclusively in the world of earned media. Today PR agencies and practitioners are beginning to embrace the dark side of distribution: paid media.

Here are the big takeaways:

“Yes, content is king, but distribution is Queen and the platforms [you share it on] are God,” said Zaman, whose PR clients regularly ask how to get more views and value out of their content. “Consider it like a record: it might be critically acclaimed but you also want it to be commercially successful.”

Today the lines between editorial content, sponsored features and direct advertisements have blurred. At Post Media, the separation between editorial and commercial copy development is kept via different teams of writers and editors. Yuri Machado has been on the sales side of advertising media as publishing platforms have shifted from print to digital and now social.

“In the old world, we owned the publishing space and we charged a lot to access it,” said Machado of Post Media,   “What muddied the waters was that dreaded advertorial from the marketing side. We did this to ourselves, being sales oriented and trying to trick the readers.”

Today, great visual content drives engagement, even with full transparency as to how it reached the reader.

Tracking revenue from PR is more possible than ever.

The goal of paid is not trickery as Machado points out, but as Laurie Smith of CNW says, it is of amplification.

“If you have great content and you distribute it to the same people all of the time, that’s fine, but wouldn’t you rather expand your audience and opportunities?” asked Smith, who has seen the value of PR within organizations grow. “With a call-to-action in a release and a gated landing page we can track revenue from our releases.”

For clients that is the Holy Grail. Amplifii’s Josh Merchant agrees. Paid media is more predictable than traditional PR and has more flexibility and more capacity for budget planning. With paid media you draft the content and choose when it is pushed to the public.

Did you miss the paid media discussion? Follow us on Twitter @Cision_Canada, or search #CPRSTO to find more Tweets and comments from the panel.

Any child of the ‘80s remembers the classic dad fashion staple, the Members Only jacket. Back in the day, belonging...