May 1, 2017/in Featured, Best Practices /by JIm Dougherty

Facebook Live Video is an unanticipated content juggernaut. In a recent Facebook post, Facebook VP of Product, Fidji Simo revealed that 20% of all videos posted to Facebook are Live Videos and that Facebook Live Video watch times have increased 400% year-over-year. That’s a pretty sizable proportion of video content which is shot live, although the existence of Facebook Live videos doesn’t mean that all of the content pieces are satisfying to watch, or even appropriate broadcasted live instead of edited (like the other 80% of Facebook videos). Writing for Slate shortly after Facebook Live’s release, Willa Paskin shared one of her initial impressions of Facebook Live being that they often aren’t planned as thoroughly as other video content, and it often makes the live content hard to watch (and replays even more). Amen. I doubt that there are many people who would disagree with Paskin’s assessment of Live Video even today. But there are great tools that have been added to Facebook Live that can help YOU to make more compelling live video for your audiences. What I want to do in this post is take a look at a few available tools that may help to improve your Facebook Live content. But first….

Is there a compelling reason for your content to be Live?

The first question that every PR, content and marketing professional should vet is whether there is a compelling reason for them to publish a live video. Is there an event that you’re broadcasting? Are you broadcasting a seminar with live audience participation? In nearly every metric of quality and messaging, live video is inferior to standard video. There is no opportunity for editing and little room for error. Live videos are less engaging and require a lot more patience and forgiveness from your audience. If you don’t believe me, spend 15 minutes surfing Periscope videos. If there isn’t a compelling narrative reason to be on Facebook Live, there will be no reason for people to watch in real time. Also, your archived content will (likely) be lower quality than a regular video. Put more bluntly, don’t do a live video unless people are going to have a (good) reason to watch your content live. Live video is a compromise of quality for timeliness. 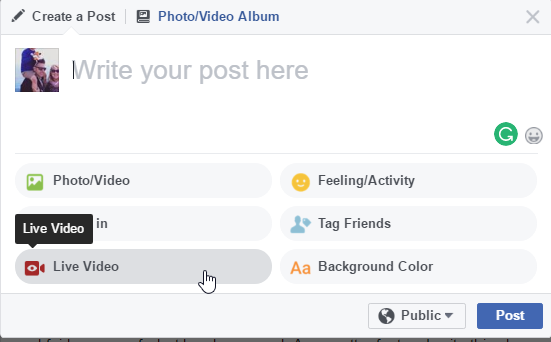 When Facebook Live (non-celebrity version) first launched, two of my major complaints were video quality and cellular (wi-fi) connectivity. I was live streaming a violin recital to an audience of two grandparents, and it didn’t turn out well. Recently Facebook integrated Facebook Live into its desktop version, and this should alleviate problems of video quality and connectivity for most broadcasts. Instead of broadcasting via a mobile device, you can use hardware that will make your video and audio high-quality, and do it over a reliable connection. Forgive me for this emphasis, but YOU SHOULD BROADCAST HIGHER QUALITY VIDEO AND AUDIO WHENEVER YOU CAN. Sending a Facebook Live broadcast via the app if you can run it through better resolution cameras, better sounding audio and more reliable Internet connections is negligent. One of the other features that desktop enables is for Facebook Live to broadcast a screen (for example using an app or a video game) similar to Twitch. For interactive training or meetings (I’m thinking a publicly broadcast GoToMeeting type of scenario) this might be a great feature, but just because you want to broadcast a screen doesn’t mean that live video is always appropriate for this purpose.

For PR pros doing fundraising, Facebook Live has allowed donations to broadcasts for verified Pages since last year. To enable this functionality, you must be a 501(c)(3) charity, and have two administrative verifications through Facebook:

Additionally, Facebook just opened up their platform for personal donations for Facebook Live broadcasts. Similar to a GoFundMe campaign. This feature is currently in beta and will require a 24-hour charity verification. Further, campaigns must fall within the following six categories:

One recently added feature to Facebook Live Video is the availability to live stream immersive (360 degree) videos. For live experiences, there are probably some instances where an immersive context would be fun or instructional to share. Facebook identifies three categories of tools that are initially integrated into Facebook Live: Consumer Friendly Cameras (mobile device cameras) • Samsung Gear 360 – Retail $349.99 • Giroptic IO – Retail $249.99 • Insta360 – Nano (iOS) retail $199, Air (Android) Retail $129.99 • ALLie Camera – Retail $499.00 Professional Oriented Cameras (external cameras) • Z CAM S1 – Retail $2499.00 • Nokia OZO – Retail $45,000 Workflow Solutions – these are software tools that will assist to “stitch” together a group of rigged cameras into a 360 stream • Scratch VR • Teradek Sphere A quick word of caution about Facebook 360 video is that it must use an HTML5 compliant browser, and even then (as my experience with the current beta version of Chrome demonstrates) your audience may not be able to view this type of video.

In December, Facebook announced a beta feature “Facebook Live Audio” which allows content creators to share live audio to their followers. While this hasn’t been introduced to the public yet, it is referenced in Fidji Simo’s post above. Shortly, we will all be able to broadcast (and listen to) live talk radio on Facebook. And while the personal implications of that are a bit scary (at least to me), the professional opportunity for PR professionals and content creators to have real-time conversations may be another awesome opportunity in the Facebook ecosystem.

In Facebook’s Live best practice site, one of the most important recommendations is to promote your live video ahead of time. If you start a live broadcast right now, you’re going to be limited to the number of followers that are monitoring Facebook at the time of broadcast (less dependent on how Facebook’s algorithm presents your Live Video announcement to them). By announcing your live video ahead of time, you’re able to generate interest and hopefully muster an audience. In other words, promotion is just as important for this type of content as any other. Additionally, you can encourage people to subscribe (“Follow”) to your live videos by asking them to press the Follow button. The Follow button defaults to notify people of live events, and you can implement the Follow button outside of Facebook on third party sites using the code demonstrated here.

Facebook Live has become a very popular feature of Facebook and can be easily misused. By using Facebook Live Video (or audio when it comes out) thoughtfully, by promoting it as you promote your other content, and by using the best tools possible (equipment and connectivity) to produce engaging content, Facebook Live may be a tool that you can leverage to engage people in exciting, new ways.

Leverage videos as part of your larger campaign strategy with the Cision Communications Cloud. 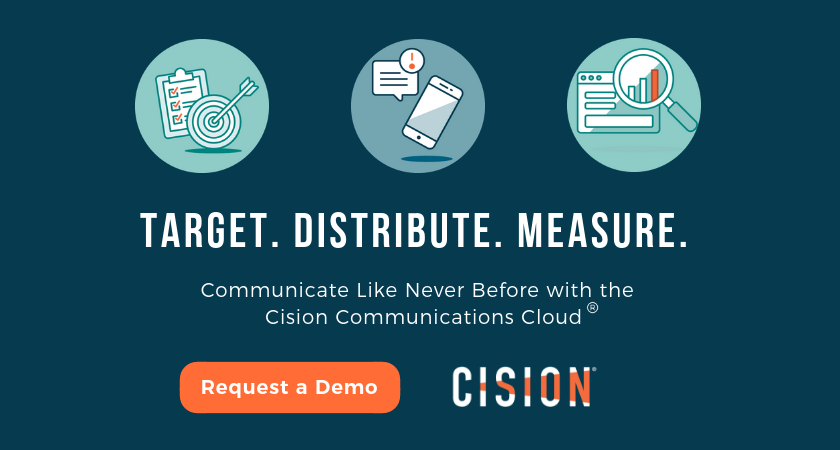 This post originally appeared on Newswire.ca   Since setting up shop seven months ago, Jessica Murphy has been writing news...