3 Tips for Developing and Launching Your App

A brand will face many challenges reaching its target audience and creating content marketing that will drive sales. Launching an app can be a great way to expand your customer reach and improve user experiences, but with a saturated app market, how can you make yours stand out from the rest?

We spoke with Cerys Goodall, head of communications for preventative care startup League, about how the company has launched its new app to get some insights.

Set clear goals so you know what to measure and can deploy the appropriate tactics to meet them. Communicating these goals to your consumers will also help them better understand the purpose for the app and, better yet, why they need it. You should be offering a solution to their problem.

For League, the company set out to upend the established order of healthcare on the premise that healthcare costs will grow to be so great in coming years that they could make government’s involvement in the field financially unsustainable. Developed nations spend between 11 and 17 per cent of their GDP on healthcare and projections forecast costs doubling in the next decade.

Getting ahead of that growth is a lofty goal but Goodall’s team has a track record of success. The company’s C.E.O. Mike Serbinis is also the founder of the e-reader company KOBO, which helped launch ebooks in Canada. Before KOBO, ebooks accounted for only three per cent of Canada’s publishing market, today that’s grown to 22 per cent.

“When [Mike] founded KOBO, we were the only thing competing with the Kindle,” said Goodall, adding that the company went from being laughed out of meetings with major publishers to Canada’s bestselling e-reader in two years. “Healthcare might move more slowly but it is ready for change.”

With that hypothesis in mind, League created its platform to make preventative healthcare easier to access. Think about what problem your application can solve and communicate that solution at the highest level.

Finding a use case for your app requires research. You might not know the ideal target for your product until you’ve asked some important questions.

How could your app be used on an enterprise level? 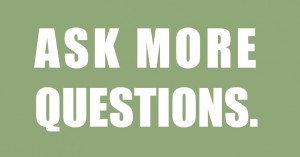 Are there population groups or regions that would see greater value in your product?

When you drill into user groups you can focus your marketing and promotion efforts to see more effective results.

For League, this meant having an understanding of a patient’s journey the through healthcare system. Goodall’s team conducted a survey of 2,000 Canadians asking about their health and means of treatment. Of those surveyed, 60 per cent reported suffering from a chronic disease.

“We asked if they sought treatment and the majority said no,” said Goodall. “They’d rather just deal with chronic pain than seek help.” The respondents further reported that seeking treatment was too difficult, they didn’t know where to start or that the system is more painful than seeking treatment.

When you ask more questions you will build a stronger picture of your user base and at the same time gathering more authentic stories to go to market with. 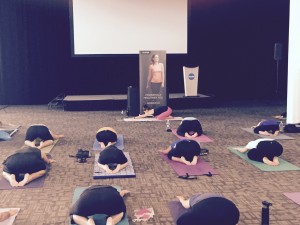 When planning the app launch, think about what is relevant to your target audience while remaining true to your brand. A party with specialty cocktails and appetizers works great for a new brand of vodka, but it might not be the best fit for a healthcare company.

For League’s launch, which began on May 25 and continues in June, Goodall’s team opted for a series of wellness-based launch events rather than a single party. They are inviting yoga instructors to the company headquarters in the MaRs Discovery District for weekly classes that are open to League employees and the public. The instructors are all League partners found through the app, further illustrating its purpose.

A launch event should interest the public, display the benefit of your app, and provide great opportunities for social media sharing. Whether you are motivating people to adopt a new lifestyle choice, measurement tool or simply a game, storytelling and user knowledge will be the key to unlocking user engagement.

As public relations professionals we need to be shining examples of communication etiquette when speaking in public or on social...